Welcome to South of Gilman St., an mp3 streaming/internet radio site dedicated to the music that put the Bay Area punk scene and the Gilman St. Project on the map. Click on the Listen link to tune-in (this may require some tweaking in your browser) or point your favorite mp3 player at http://stream.southofgilman.org:8000 and start enjoying.

And while you're listening, explore the database to find out more about the bands, albums, and songs you're listening to and even make requests. Don't forget to rate stuff you like (or dislike)!. The console is a little window that will keep you up on what's currently playing while you're exploring other parts of the site. There's even a forum where you can chat about stuff as well as see and post flyers and album art.

Want to know more about the site? Here's some info. Curious about what the Bay Area scene was like? The liner notes from the seminal Turn It Around 2x7" really captures what Gilman St. is about. For a more recent perspective, check out an interview with band-member and punk insider Jesse Luscious.

This week marks the 20th anniversary of the inception of this stream and site. As cliche as it may sound, I still remember the start like it was yesterday. The original stream was run from a Windows NT box using Shoutcast, the hot new thing that got me interested in trying this. Encoding mp3s took about 30 minutes per song on my computer then, not to mention the time it took to digitize vinyl and cassette playback. And I learned PHP and SQL to build my first dynamic web site.

And then, in the blink of an eye, it's all turning 20 years old, old enough that I'm sure someone out there who visited/listened was born after that week in 1999.

Thank you all who've stopped by some time along the way, to listen, to browse around. to drop a note. You'll probably hear next from me at 25 - til, then enjoy! 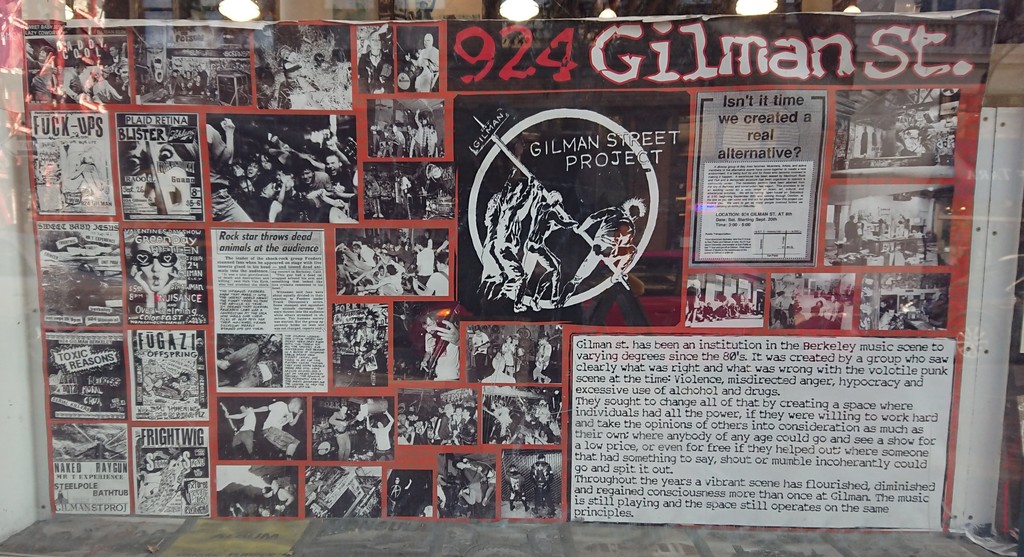 That was a long quiet spell. I won't bore you with the details of my private life but I'm going through some changes right now and that's afforded me some time and renewed interest in revisiting this site and music.

First off, there's been a bunch of stuff queued up for addition to the stream. On the "very old" front, we have tunes from The F.U.'s and Squirrel Bait, a couple of somewhat influential East Coast bands from the mid-80s. Of more "local" interest, I've fleshed out the song lists for the Skinflutes and Corrupted Morals, a couple of bands that should be familiar to Bay Area punk fans.

On the "new" front, I've added a few items from a recent Fat Wreck binge. The highlight is Constructs of the State by Leftover Crack. I can't even pick out a notable track because they are all so good.

Slightly older we have Keep Your Heart from The Loved Ones, also a solid album. And rounding things off, the latest Fat comp, Going Nowhere Fat, which I haven't fully listened to yet but hope will lead to some discovery.

Finally: I finally got around to a project I had in mind for a while, getting that live Crimpshrine recording up on YouTube with some minimal visuals. In case you haven't given it a listen, you can do so there now.

Been a while huh? No site updates to report but I've added a few new musics I've come across recently. First up is Homepage, a completely unfortunate band name when it comes to doing searches. As best I can figure, they are from Moscow and their primary "homepage" (hahah) is on bandcamp. I was actually a bit surprised to find out they are Russian as the vocals were in fluent English as far as I could discern. Anyway, the music is that girl-fronted pop punk that I'm a sucker for (see Coed, Unlovables, Discount for other examples). Their music is available on their bandcamp page via donation or on last.fm.

The other new add is Bleached, a pair of sisters from L.A. cranking out a grungy retro sound, kind of doing for punk what Best Coast does for pop.

So check 'em out, rate & request, and let me know what you think on the boards!

Well it's been an interesting few weeks handling this migration. All in all, I'm quite happy with the new system but there have been a few glitches (sorry about the requests queue getting backed up!).

So the deal with the forums is that I wanted to ditch the old one because it was a huge spam beacon and not worth the hassle for the amount of traffic it posed. Plus, it was a pain in the butt for people to post because you had to get an account, login, forget your login, etc. So I replaced it by repurposing the image board software that was already there and focused on pictures to be more text/chat friendly. It isn't a spam magnet and it's easier for you to post because there's no login. Just say who you are!

Not like you guys are a chatty bunch, but I'm glad to have something usable for you to communicate again.

The final piece of the puzzle is playlists: this one is complicated because it integrated with the old forum which is technically in read only mode now. I'll figure something out eventually - if you feel like this is urgent, give me a prod. I've also got to add back the ability to submit band info and song lyrics at some point...

Lastly: I've uploaded a bunch of new albums since the move, so check 'em out:

The Unlovables are perfect chick pop punk while The Bangs are a nice grungy counterpoint.

If you are reading this, then welcome to the new home of South of Gilman St.! I was hoping to have made the move a couple of months ago to mark the 13th anniversary of this project but true to form, I kinda missed that deadline.

So what's new? Well, there's the new URL, southofgilman.org which means finally there is a dedicated domain for the site. I don't know why I waited this long, nor do I know why I feel it important after all this time. But use it from now on! The stream itself is at http://stream.southofgilman.org:8000 now.

Next: the site has been completely rewritten. It doesn't look like much has changed at first glance as I haven't really altered much from the visual/design standpoint, but the code is a complete from-the-ground-up rewrite. Unfortunately, not all of has been rewritten yet so certain features are still missing. These include the ratings, requests, and playlists which are a priority to get to next.

Other "features" have been completely removed, particularly the old forum. It was a huge hassle to fight off spammers and no one really ever used it. In it's place, I'm going to repurpose the existing image board I had in place for general "chat" purposes. It's working now but I need to clean it up quite a bit.

Finally, the last thing I want to mention for now is the one feature I'm most happy with: the SoGS Console (click the link upper right corner) now can directly play the stream! You don't need any additional software anymore. This is a feature I've been wanting to add to the site for years and years and I'm stoked that it exists now. The old way of listening to the stream (ie point your favored mp3 player to http://stream.southofgilman.org:8000) still works and both listen.m3u and listen.pls methods still work too.

I hope you like the new digs - feel free to drop me a line or post any comments you have!

No requests in queue

Recent posts on the boards: